Homeblog & newsWhat to do in Nafplio

What to do in Nafplio

Climb all 999 steps of Palamidi Castle
Are there 999 or 857 steps that lead to the top of Palamidi Castle? Discover for yourself. Once you climb up the steep hill, you’ll be rewarded with a panoramic view of Nafplio and the sea. The fortress was built in record time, between 1711 and 1714.

Admire the view from the Acropolis of Nafplio
The Acropolis of Nafplio, which the Turks named Its Kale, was erected by the Venetians and later passed on to the Byzantines and Ottomans. It has three levels, each with a different castle and walls from different time periods. From the rock of Akronafplia, you’ll take in the view from the Bourtzi Castle to Arvanitias beach.

Feel the historical vibes of Bourtzi Castle
From afar, Bourtzi Castle looks like an elegant stone sculpture. As you approach the islet of Agio Theodoro by boat, travelling the few metres that separate it from the coast and finally see the Venetian castle up close, you’ll immediately feel its rich and tumultuous history.
The castle (shaped like an irregular hexagon) was built in 1473 and the executioners of Palamidi prisoners once lived here. It was also the residence of two governments (of 1824 and 1827) and a luxury hotel. Today it is one of the most significant attractions in Nafplio, and hosts various cultural events and festivals.

Take a long stroll along the famous promenade
The walk along Arvanitia promenade, with its view of the Argolic Gulf, is Nafplio at its most romantic. You’ll begin at the waterfront and end up, after about 1km, at Arvanitias Square. The whole time, you’ll be walking beneath the rock of Akronafplio and you’ll also come across the pretty little chapel of Panagia tis Spilia (Virgin Mary of the Cave), the Santa Maria Grotta of the Venetians.

Admire the architecture of Nafplio’s neoclassical buildings
At the epicentre of the old town is Syntagma Square, surrounded by historic buildings – Trianon, the Archaeological Museum and the National Bank of Greece, built in the 1930s. On the nearby streets, you’ll witness the modern history of Greece starting with the Hellenic Parliament (Vouli ton Ellinon).

Further along, witness the church of Agios Spyridonas (outside of which Ioannis Capodistrias, Greece’s first prime minister, was murdered in 1831) and across from that, the only Turkish bath in town. Two other squares, Agios Georgios and Trion Navarhon, also have several interesting monuments and grand mansions worth seeing. 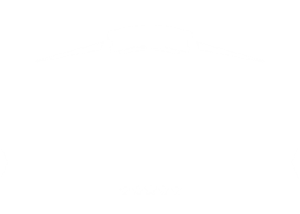